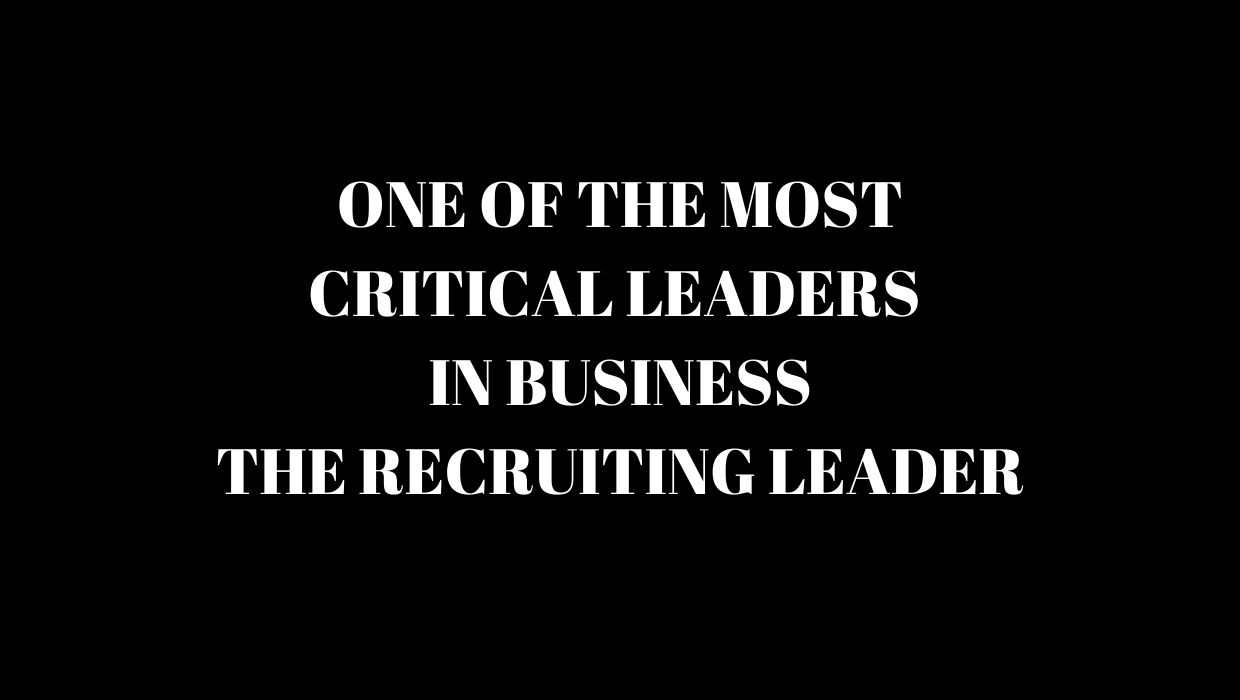 One Of The Most Critical Leaders In Business – The Recruiting Leader

I’m a recruiting coach who runs an organization called 4C Recruiting. We teach people to recruit; specifically, we specialize in the area of recruiting leaders.

That’s a unique role in a lot of industries where you’re responsible for managing a group of people and that can take 12 to 15 different job responsibilities on any given day, and where you’re taking one hat off and putting another hat onNON-STOP. ALL DAY! EVERYDAY!

Sometimes it means that you’re even in production! It’s unique in that you’re not a corporate recruiter, but you are a recruiter.

Studies have found that the most important recruiter inside the organization is the recruiting leader when it comes to growth.

I do a weekly podcast. What we bring to you each week is a conversation that we’ve had with another recruiting leader that will bring insight to your job and to what you do and then we dissect that conversation and point out some highlights that in the end, will make you a better recruiter and leader.

The reason that I do what I do is that in all of my years of recruiting and recruiting leadership, I never came across a recruiting resource that trained me beyond a couple of simple tactics. And while tactics are useful I have found systems are even better. On my podcast, I share how to build your own unique recruiting system. It’s one I have used and that you can use to become a better recruiter.

Everyone needs a recruiting system.

Everything that’s made it to the largest stage of success in any industry has always had a system around it. And that’s what I coach to and what I teach.

Being an activator is a key component to being successful inside recruiting. I remember being in my early 20s and hearing Brian Tracy, say that ‘an idea not implemented in 24 hours or not acted on within 24 hours is a dead idea’. So early on in my career, I became an activator.

If you’d like to learn more about what’s going on in the world of recruiting, you should check out my podcast, Recruiting Conversations. It’s on iTunes, Google Play, Spotify, and Stitcher.